Our research on true bugs from saline (halophytic) habitats of the Vojvodina Province started in 2015. Details about how our research started, why it is important to get to know insect communities and saline habitats, how could we preserve them and promote their natural qualities can be found on the page where our previous project is presented.

The story of true bugs and saline habitats continues

After two years, the research on true bugs from saline habitats of Vojvodina continued, but this time the focus was on true bugs from pastures in Banat. Why did we decide to investigate saline habitats in Banat, how do they differ from similar areas in Bačka and are there differences in community composition of true bugs in saline habitats of Banat and Bačka? These were just some of the questions we tried to answer in the 2017’s study. Like the last time, our project on the research and popularisation of saline habitats and true bugs in Banat was supported by the Rufford Foundation. The official title of the project is: True Bugs (Heteroptera) of Halophytic Habitats in Vojvodina (part II) – Opportunities for True Bugs Conservation in the Banat Region. More information on the project can be found on the web page of the Rufford Foundation here.

Saline grasslands of Banat and their inhabitants

The Banat Region is the southernmost part of the Pannonian plain, and the region is recognizable by the large areas of salty (saline) soils in the former flood zones of big rivers Tisa and Tamiš. Saline grasslands in Banat are the widest grasslands with halophilic (“salt-loving”) vegetation in Serbia, and these are traditionally used as pastures. Extensive grazing on saline grasslands is one of the recommended conservation measures, however, in Banat most of the pastures are overgrazed for decades, and original saline vegetation is replaced by weed and meadow communities. Apart from destructive overgrazing, saline pastures in Banat are often converted to landfills and waste deposits, but also, irresponsible burning of reeds sometimes causes fires on open areas of saline grasslands. All activities in a habitat which can violate the structure, diversity and autochthonism of plant communities will influence insect communities depending on vegetation. In other words, whatever endangers plants of saline grasslands in Banat can consequently cause disappearing of numerous rare insect species as are saline specialists among true bugs. 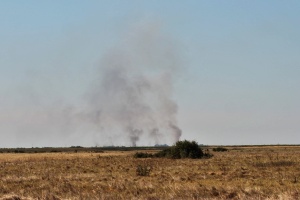 In Pannonian saline habitats only a few species that are exclusive representatives of these habitats are present. These true bugs are usually related to feeding on the characteristic plants (halophytes), and cannot be found in the other habitat types. The most notable and one of the most numerous species in saline habitats of Vojvodina is the mascote of our previous project and the inspiration for the project logo – Henestaris halophilus. The second characteristic species is Conostethus hungaricus, widely distributed in Vojvodina and is present in extreme abundance only during a few weeks in May and/or June. The third and the rarest species is Solenoxyphus fuscovenosus which is present only in September and for now was recorded just in two locations in Serbia, in the vicinity of Horgoš and in Vlajkovac village, near Vršac.

Apart from saline specialists, 180 species of true bugs are present in saline habitats in Bačka and Banat. In these locations new species are recorded for the first time in the national fauna and a few species are rediscovered in Serbia after more than a century. 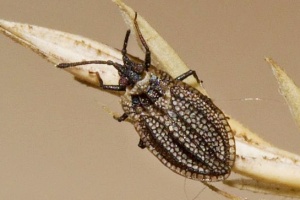 The overall impression on saline habitats in Vojvodina is that in Banat compared to Bačka, these areas are more grazed, and consequently, the grass is very short, almost without a structure, whereas true bug diversity is pretty poor. On saline habitats of Banat during the whole season we registered 20 species in average per a sampling site. On the other hand, saline grasslands in Bačka are barely used for grazing or mowing, often abandoned with very high and dense vegetation, sometimes with shrubs. These areas in Bačka look like steppes and they are not an optimal environment for saline specialists. In general, saline specialist species like rather dry and warm sites, with sparse plant cover and occasional bare soil patches. Since saline habitats of Bačka have better structure of vegetation and higher floristic richness, they also have greater diversity of true bugs, however, most of the present species in these areas are generalists and widely distributed steppe species.

During our field work in Banat we took a photo of a female Isophya costata, at a pasture near Sečanj village. Our colleague Slobodan Ivković identified the specimen from the photo and later confirmed the presence of a male at the same location. Thereafter, he checked the rest of our sampling sites and found the species in Vlajkovac village too. These records on I. costata from Sečanj and Vlajkovac are the most southern records of the species in its range of distribution.

We write and talk about saline habitats and true bugs

In cooperation with our team and financial support of the Wikimedia Serbia, colleagues from the SRSBES “Josif Pančić” successfully ended a project in 2017 that was aiming to inform the general public about the natural values of saline habitats and the importance of their conservation. Students from the SRSBES “Josif Pančić” wrote 55 short articles on saline habitats and the species that inhabit them, they revised 20 old articles and posted almost 280 photos, some of which were made during our field work activities in Banat.

The research team of this project was once again established by the members of the Association “HabiProt” and the Scientific Research Society of Biology and Ecology Students “Josif Pančić” from Novi Sad (Jelena Šeat – coordinator, Bojana Nadaždin, Nikola Milić and Mirjana Ćuk – team members). Occasionally, we were accompanied by friends and family members who were helping us in numerous ways. We want to thank David Grabovac, Goran Rakić and the “Bird Protection and Study Society of Serbia”, Tanja Tunić, Ranko Perić, Boris Stajevski, managers of special nature reserves “Okanj bara” and “Pašnjaci velike droplje”, the Nadaždin and the Šeat families.

If you want to share your experiences on true bugs and saline habitats, or you want to know more about our project, please contact us by e-mail jelena@habiprot.org.rs.